The Sisters of Charity of St Paul the Apostle accepted an invitation from Archbishop John Charles McQuaid to start a school on the outskirts of Dublin.

They purchased 50 acres of land (formerly Taylor’s Farm) for the building of St Paul’s primary and secondary schools, St Peter’s boys’ primary school and the Church of the Holy Spirit. The Sisters also built a convent adjacent to the school.

The first 62 pupils enrolled in St Paul’s Secondary School, initially in a few prefab classrooms, with Mother Malachy taking the reins as the first principal.

The school grew in size to 750 pupils. As a result,  space became tight, resulting in the first years being brought by bus to be taught in classrooms in St Kevin’s GNS, Kilnamanagh.

A new extension was built to accommodate the growing numbers. This comprised two wings – the 40s and 50s – and a central concourse.

The school was damaged by fire, which caused the hall to burn down and the building to suffer extensive smoke damage.

The hall was rebuilt and its official opening was held. The school also celebrated its silver jubilee. 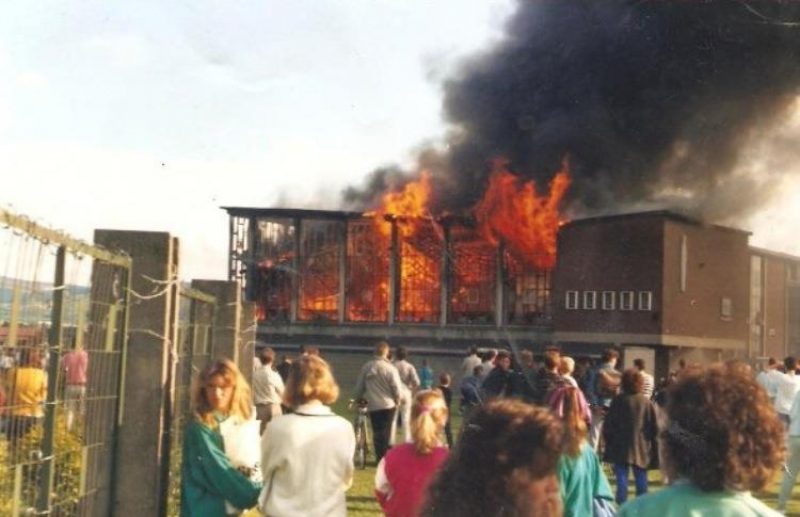 Two students, Elizabeth Dowling and Jean Byrne (RIP), were crowned the 1992 Young Scientists of the Year for their project, “A Picture Winged Insect – Population Dynamics of a Thistle Predator Terellia Serratulae.’

The students of Sister Elizabeth Walsh also won a top award at the European Commmunity Contest for Young Scientists at Expo’92 in Seville, and were guests of honour that year at the Nobel Prize ceremonies in Stockholm.

A new wing – the 60s –  was added to the school and was officially opened by Bishop Eamonn Walsh.

The kelly green school uniform was replaced by a blue and green uniform.

The Millennium window was designed and painted by 5th year students.

The Pavilion Café opened in the school, serving breakfast and lunch to students.

The blessing of the school’s new oratory took place and the school library opened that same year.

The staff and pupils were honoured and delighted to receive a visit from Uachtaráin na hÉireann, President Mary McAleese.

The school entered into a new phase in its history when the Sisters of St. Paul, along with other congregations, transferred the trusteeship to the  Le Chéile Trust.

The role of Le Chéile is the development of a vision of Catholic education. The Trust took over the legal, financial and inspirational role of trusteeship that had been the responsibility of individual congregations.

A mass was held in honour of the 50th anniversary of St Paul’s, celebrated by Bishop Eamonn Walsh.

The convent land was sold and the Sisters moved into houses locally. A new astro sports pitch was built in the school, and a new car park was constructed.

St Paul's Leadership through the Years

The Sound of Music

The Sound of Music

The Wizard of Oz

Juno and the Paycock